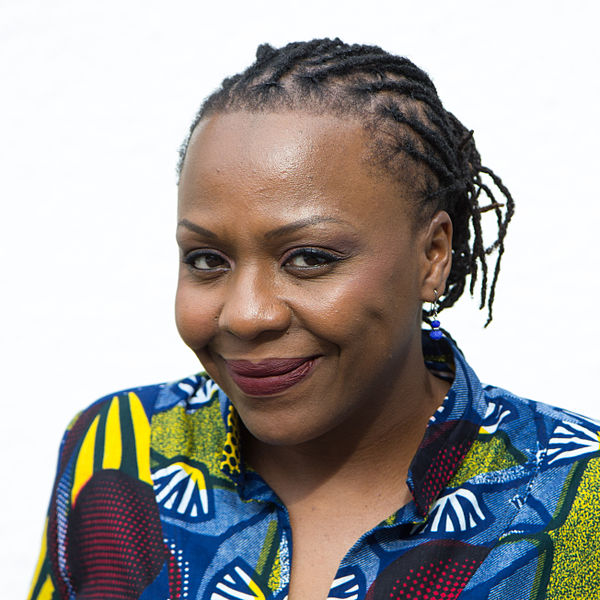 Last week, I was chatting with a colleague recently moved to Nigeria about  contemporary Nigerian literature. She was enchanted by Lola Shoneyin’s novel The Secret Lives of Baba Segi’s Wives (available on Amazon here). I mentioned to her that I had written a review of the novel, which reminded me that I have dozens of reviews I wrote in my column at Weekly Trust from 2010 to 2014 that I need to archive on this blog. Sadly, there is something wrong with the Weekly Trust archive, and now every single one of my articles has been “beheaded,” ie. they are all missing their first paragraph.

I am going to begin slowly re-posting my favourite columns, first paragraph reconstructed from my file of drafts I submitted to my editor, onto this blog. This week I will begin with my piece on Shoneyin’s novel.

As I re-read my review while editing this blog post, Shoneyin’s description of Baba Segi reminds me a great deal of the character of Ibrahima Dieng, in Ousmane Sembene’s 1968 film Mandabi that I showed my students a few weeks ago. For those who’ve seen the film and read the book, what do you think? There’s a similarity there, no? In both the caricature and ultimately the sympathy with which these rather vain and silly men are treated.

By Carmen McCain | Publish Date: Nov 10 2012 5:00AM | Updated Date: Nov 10 2012 5:00AM (Weekly Trust)
Re-reading and reviewing Balaraba Ramat Yakubu’s translated novel Sin is a Puppy… (Blaft, 2012/1990) last week, which presents a woman’s perspective on life in a polygamous household, reminded me of a book I had been meaning to read for two years, The Secret Lives of Baba Segi’s Wives by Lola Shoneyin (Cassava Republic, 2010). Shoneyin’s novel was long-listed for the Orange Prize for fiction in 2011 and for the NLNG prize this year. Once I started the 245-page Secret Lives…, I couldn’t put it down. The novel is stunning—one of the best novels I’ve read this year. This week while working on this article, I picked it up again, meaning to just flip through and find the passages I needed for the review. Instead, I found myself re-reading the entire book again.

The novel, set in Ibadan, is extraordinarily well crafted, immersing the reader in a world so vivid that it takes some time to emerge out of it. Shoneyin has a sharp satirical eye. She captures the foolishness and hypocrisy in the polygamous household of the title with a biting precision; however, she also has a tender touch. As I was reading, I came to care for the characters despite their flaws.
Although there are a few chapters told with third person narration, most of the chapters are told in the powerful distinct voices of Baba Segi, his four wives, and his driver. There is Iya Segi, the first wife, a fat entrepreneurial woman who loves money more than nearly anything else. She is the real force behind the household. There is Iya Tope, a kind and sincere but easily intimidated farm girl who loves simple meticulous tasks like weeding or braiding her daughters’ hair. There is Iya Femi, a vain, vindictive woman who bleaches her hands yellow and spoils her children but loves cooking and cleaning. There is the fourth wife Bolanle, a graduate, who is haunted by a trauma in her past. She loves children but is having trouble conceiving any of her own. Finally there is Baba Segi, a big-hearted man whose greatest joy in life is fathering children.

Shoneyin devotes this brilliant piece of characterization to her title character:

“Baba Segi could never keep things in. He was open-ended. His senses were directly connected to his gut and anything that didn’t agree with him had a way of accelerating his digestive system. Bad smells, bad news and the sight of anything vaguely repulsive had an expulsive effect: what went in through his mouth recently shot out through his mouth and what was already settled in his belly sped through his intestines and out of his rear end. Only after clearing his digestive system could Baba Segi regain his calm.”

While Baba Segi is a vain, and sometimes absurd, character, he is also generous. His household becomes a shelter where wives find refuge from hard backgrounds and cultivate their secret fantasies and desires. Iya Segi puts it more cynically: “Women are my husband’s weakness. He cannot resist them, especially when they are low and downcast like puppies prematurely snatched from their mother’s breasts.” While, Baba Segi celebrates his sexual prowess and is proud of his kindness to the women he takes in, he eventually becomes as disillusioned by polygamy as any of his wives, telling his son “When the time comes for you to marry, take one wife and one wife alone. And when she causes you pain, as all women do, remember it is better that your pain comes from one source alone.”

The story, woven together from these multiple perspectives, emerges with this portrait of a family: a smug head of the household oblivious to the intrigues in his house; his wives with their secret passions, hidden tragedies, and private goals of which their husband knows nothing. Despite tensions, the household runs fairly smoothly under Iya Segi’s firm hand, until the educated Bolanle arrives as fourth wife. Bolanle’s presence causes a crisis in the household and changes the lives of Baba Segi and his wives forever. The other wives resent her education and accuse her of being arrogant. Iya Segi and Iya Femi turn down all of her overtures of friendship and threaten Iya Tope when she timidly responds.

In the meantime, we begin to get more of Bolanle’s backstory: her ambitious youth, her nagging mother and drunken father, the tragedy that destroys her dreams and eats away her personality, until finally she thinks she has found peace in Baba Segi, the man with many wives who initially accepts her as she is. Although her mother calls him an “overfed orang-utan,” Bolanle sees him as “a large but kindly generous soul.”

Although Bolanle’s marriage to Baba Segi is pivotal to the plot of the novel (and is actually based on a true story), it left me unsettled. Despite the description of Bolanle’s psychological woundedness and her gratefulness for his acceptance, I couldn’t quite believe that such a sensitive, un-materialistic degree-holder would actually agree to marry an illiterate man as ridiculous as Baba Segi.

Shoneyin caricatures polygamy as a relic of another time, an institution that Bolanle finds difficult to reconcile with her education and sophistication. Bolanle initially sees herself as a self-sacrificial missionary to a backwards field: “Living with them has taught me the value of education, of enlightenment. I have seen the dark side of illiteracy. […] I will not give up on them. I will bring light to their darkness.” She is embarrassed by Baba Segi’s behaviour at the teaching hospital where they go to investigate her inability to conceive. The doctors treat her with pity and her husband with condescension. Eventually, Bolanle realizes that she has been living in “a dream of unspeakable self-flagellation.” Bolanle’s description of being with “people from a different time in history, a different world” draws a distinct boundary between the world of education and hospitals and modernity and the world of polygamy.

But this presentation of polygamy as an institution of illiterates, while it works well in the novel, oversimplifies the choices educated professionals often make in entering such marriages. I think of Ghanaian novelist Ama Ata Aidoo’s novel Changes: a Love Story (Women’s Press, 1991), which describes an educated career woman, who falls for the charms of a married man and agrees to be his wife. While she, too, becomes disillusioned with polygamy, her initial attraction to her dashing husband seems more understandable than Bolanle’s marriage to the awkward Baba Segi. Hausa novels also present the complex decisions of characters who decide to enter into such marriages. Alhaji Abubakar, in Balaraba Ramat Yakubu’s Sin is a Puppy…, for example, is described as a charming, romantic suitor of the girl he makes his third bride. The young woman eventually finds out that living with rivals complicates the romance. In real life, educated men and educated women choose to enter such households. They are not all buffoons.

Ultimately, however, the novel, as satire, slyly questions the vanity of men who think they can satisfy more than one woman. Women willing to share a husband, the novel implies, might do so more out of a need for security than genuine love for their husband.

“The ‘S’ Word”–First wife divorces husband for denying her sex

Ok, so my title is a bit tabloidish…. but I was so struck by this powerful personal account published by an anonymous woman in Khadija Abdu Iya’s column in this Sunday’s Leadership, that I wanted to post it here on this blog. The Leadership website is currently down, so I decided to post a photograph of the article. If the print is too small, try clicking on the photo and you should be able to zoom into an image. [UPDATE 26 October 2010. Seeing a renewed interest in all the clicks on this post, I re-uploaded a photo that is more readable. Clicking on the image here will take you to a large photo of the article that is easily readable on screen.)

An educated “career” woman with four children describes her early romance and marriage, and how she felt betrayed when, after her husband married two other wives, he began to deny her sex saying he felt she was like “his sister.” She is now considering divorcing him. The pain in this woman’s voice is piercing and powerful.

Posted in Articles of interest